'Dune 1984' is a science fiction film based on the novel by Frank Herbert. Dune's cast includes eminent American and European actors. Check out who they are
Written by: Simren Rodrigues
Updated Sep 10, 2020 7:25 PM 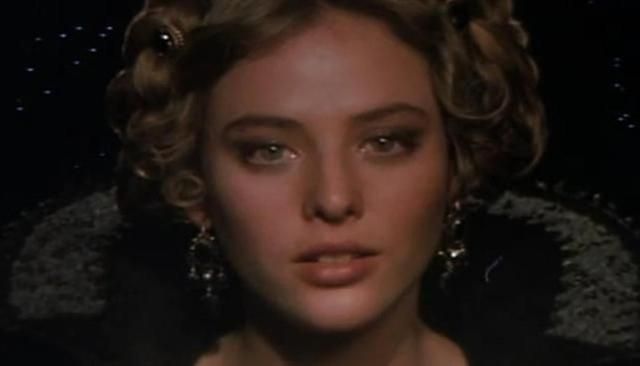 Dune 1984 is a science fiction film based on the novel by Frank Herbert. The movie was written and directed by David Lynch. The film revolves around the battle between rival families over the control of the desert planet called Arrakis also referred to as Dunes. The planet is the only source that produces a special drug called the spice which is vital for space travel. Here is a list of the key characters played by the actors in the film.

Kyle MacLachlan who plays Dune 1984’s central character young Atreides, is the heir to the noble family that rules Arrakis. Since the family is threatened by the rival house Harkonnen, Paul leads an uprising against them. Kyle MacLachlan has also featured in films such as Blue Velvet, The Hidden, The Flintstones, One Night Stand, Hamlet, Me Without You, Breathe In and Inside Out. His recent film was Tesla, a biographical film written and directed by Michael Almereyda.

Chani who is also known as Paul Atreides’ love interest, is the daughter of the planetologist Liet-Kynes and Faroula.  When Paul and his mother flee into the desert they come in contact with Chani. Chani is assigned the task of protecting Paul, but later they fall in love. Chani is part of the Fremen group. Mary Sean Young who played the role of Chani featured in movies like Stripes, No Way Out, Runner, Wall Street and Ace Ventura: Pet Detective.

One of the central characters of the movie, Lady Jessica played by Francesca Annis is the mother of Paul Atreides. Lady Jessica is the illegitimate daughter of Baron Harkonnen who previously managed the planet of Arrakis. However, she goes against her family and falls in love with Leto and later gives birth to Paul.  Francesca Annis is known for her roles in television dramas such as Reckless, Deceit and Cranford. She has also won the BAFTA TV award for best actress for the serial called Lillie.

Princess Irulan serves as a narrator in Dunes. Irulan played by Virginia Madsen is the eldest daughter of the 81st Padishah Emperor Shaddam IV and Anirul. While Princess Irulan has four sisters named as Chalice, Rugi, Wensicia and Josifa, she has no brothers. Virginia Madsen made her debut in the film Class in 1983. Ever since then she rose to popularity. Madsen is also seen in teen movies such as Modern Girls, Fire with Fire and Electric Dreams.

Brad Dourif populary known for his voice of Chucky in the Child’s Play franchise played the role of Piter De Vries in Dune 1984. Brad Dourif is a Mentat in the film. A Mentat is a human who is trained to perform mental functions that are performed by the computer. In the film, De Vries maintains his loyalty towards Harkonnen even though he knows he will be killed eventually. Brad Dourif is also seen in series The Lord of The Rings as Grima Wormtongue.

Also Read: Vivek Oberoi's 'Saathiya' Has A Song That Was Later Used In A Hollywood Movie; Read Trivia

Get the latest entertainment news from India & around the world. Now follow your favourite television celebs and telly updates. Republic World is your one-stop destination for trending Bollywood news. Tune in today to stay updated with all the latest news and headlines from the world of entertainment.

Players with most number of sixes in T20 World Cup history

T20 World Cup: How have Indian batters from WC squad, performed in IPL 2021

India's playing XI from their last T20 WC match - Where are they now?